An important part of business communication is giving feedback, correction and discipline to your staff. One of the jobs of the manager is to be a teacher, and in some cases a disciplinarian. This means that, in order to do your job properly, and in order to develop your staff to make their highest potential contribution to the organization, you must give them regular feedback on what they are doing right and where they can improve.

Constructive Criticism
Most people are very tense about giving discipline or what is often called, “constructive criticism.” However you can make it a low stress occasion by focusing on the behavior and the performance rather than on the person. This requires that you report what you see, rather than what you feel, or your interpretation of events.

Focus on the Behavior
For example, a person comes back from a luncheon two hours late. Instead of getting angry with the person, you could say, “I see that you took more than two hours for lunch today. This causes some disruption in the office because of the work that doesn’t get done. Is there a reason for this long lunch?”

In other words, what you are doing is reporting on the individual’s behavior and leaving the door open for a variety of interpretations or explanations. The individual may have had a car accident or a medical appointment, or a family emergency.

Thinking About the Future
One of the best ways to deal with poor performance is to focus on the future over the past. Instead of becoming angry over what has already happened, or not happened, you should explain clearly to the individual what you want to see done differently. Get an agreement from the individual that the job will be done differently in the future. Agree to meet on a regular basis to review progress.

Build Self-Esteem
Always end a disciplinary interview with an expression of faith and confidence in the individual. Always do everything possible to preserve the individual’s self-esteem and self-image. End the conversation with a positive statement that causes the person to go back to work feeling better about himself or herself.

Aim For Improved Performance
Remember, the only purpose of a session of constructive criticism is to improve performance. If you lose sight of that and instead you attack or criticize the other person, his or her performance will not improve. In fact, if you criticize a person too often, the individual will stop doing that job altogether. Their performance will deteriorate and they will become less and less willing to contribute to the goals of the company.

Action Exercises
First, always criticize or correct a person in private. When someone has made a mistake or done a poor job, arrange to see them alone, explain your concerns and ask for their explanation – before you say anything. 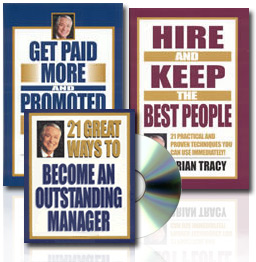