Success Through Goal Setting, Part 1 of 3

The ability to set goals and make plans for their accomplishment is the “master skill” of success.

It is the single most important skill that you can learn and perfect. Goal-setting will do more to help you achieve the things you want in life than will anything else you’ve been exposed to. Becoming an expert at goal-setting and goal-achieving is something that you absolutely must do if you wish to fulfill your potential as a human being.

Goals enable you to do the work you want to do, to live where you want to live, to be with the people you enjoy, and to become the kind of person you want to become. And there is no limit to the financial rewards you can obtain. All you have to do is to set a goal for financial success, make a plan, and then work the plan until you succeed in that area.

The payoff for setting goals and making plans is being able to choose the kind of life you want to live. So why do so few people set goals? According to the best research, less than 3 percent of Americans have written goals, and less than 1 percent review and rewrite their goals on a daily basis. So the reasons why people don’t set goals have been of considerable interest to me. I think that there are five basic reasons why people don’t set goals.

The first reason is that they are simply not serious. Whenever I speak with a man or woman who has achieved something remarkable, I learn that the achievement occurred after that person decided to “get serious.” Until you become completely serious and totally determined about your goals, nothing really happens.

Achieve all your goals by making a plan. Flight Plan.

The second reason why people don’t set goals is that they don’t understand the importance of goals. We find that young men and women who begin setting goals very early in life invariably come from families in which the importance of goals is emphasized. The discussion that takes place around your family dinner table is one of the most powerful formative influences in your life. If your parents didn’t have goals, didn’t talk about goals, didn’t encourage you to set goals, and didn’t talk about people outside the family circle who had goals and were moving toward a higher level of achievement, then you very likely grew up with the idea that goals are not even a part of normal existence. This is the case for most people. And for many years, it was the case for me.

The third reason why people don’t set goals is because they don’t know how to do it. One of the greatest tragedies of our educational system is that you can receive 15 to 18 years of education in our schools and never once receive a single hour of instruction on how to set goals.

Yet we find that in certain schools where goal-setting programs have been introduced since first grade, young people become excited about goal-setting — even if the goal is only to increase the scores by 5 or 10 percent over the course of the semester, or to be on time every day in the course of a month. Children become so excited about achieving goals that by the third or fourth grade, they love to go to school. They get the best grades. They are seldom absent. They are excited about themselves and about their lives. So encourage your children to set worthwhile and realistic goals from an early age.

The fourth reason why people don’t set goals is fear of rejection. The fear of rejection is caused by destructive criticism in early childhood and is manifested, in adulthood, in the fear of criticism by others. Many people hold back from setting worthwhile goals because they have found that every time they do set a goal, somebody steps up and tells them that they can’t achieve it, or that they will lose their money or waste their time.

Because each of us is strongly influenced by the opinions of those around us, one of the first things that you must learn when you begin setting goals is to keep your goals confidential. Don’t tell anyone about them.

Often, it’s the fear of criticism that, more than any other single factor, stops you from goal-setting in the first place. So keep your goals to yourself, with one exception. Share your goals only with others who are committed to achieving goals of their own and who really want you to be successful and achieve your goals as well. Other than that, don’t tell anybody about your goals, so no one is in a position to criticize you, or to discourage you from setting your goals.

To learn how to use SMART goals for goal-setting, check out my recent post, SMART Goals 101.

Watch out for parts two and three, where you will learn the primary reason why people fear failure, and other ways you can achieve success through goal setting. 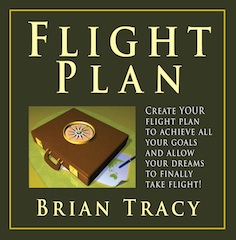